For those of you that are not interested in tech, just jump to the next page. Since you’re still here, let’s start mentioning the new WLAN board that, according to the manufacturer’s specifications, does 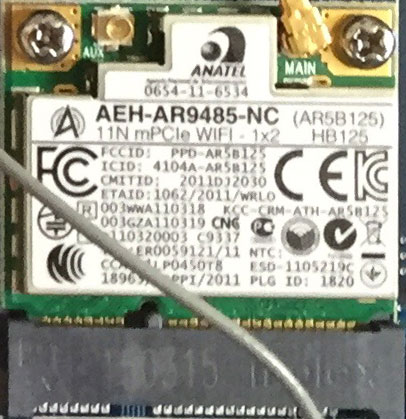 802.11b/g/n up to 150 Mbit/s over a single band at 2.4 GHz. In plain English: it does common Wifi up to 150 Mbit/s. Depending on where you live that might be more than enough for audio, although a cabled network connection always offers a more robust connection, especially since now a gigabit network port is provided. The first generation had a 100 Mbit port. The Node 2 uses a dual core Cortex A9 processor at 1 MHz, has 243 megabit of RAM and a 2.6 Gbit system drive of which only 239 Mbit was used by the system during testing. For as far as I could see, Bluesound no longer uses an SD card as system drive.

The analogue audio part has been improved too, the Node now has a BurrBrown PCM 5122 d/a-conversion chip per channel as where each chip could have done stereo on its own. Why this is, I don’t know, Modern multilayered printed circuit boards aren’t that easy to read. Perhaps it’s a good moment to warn against quality expectations based on the d/a-conversion chips alone. First, the print design and component layout is of great importance to the audio quality. In the Node 2 the Bluetooth radio is very close to the d/a- 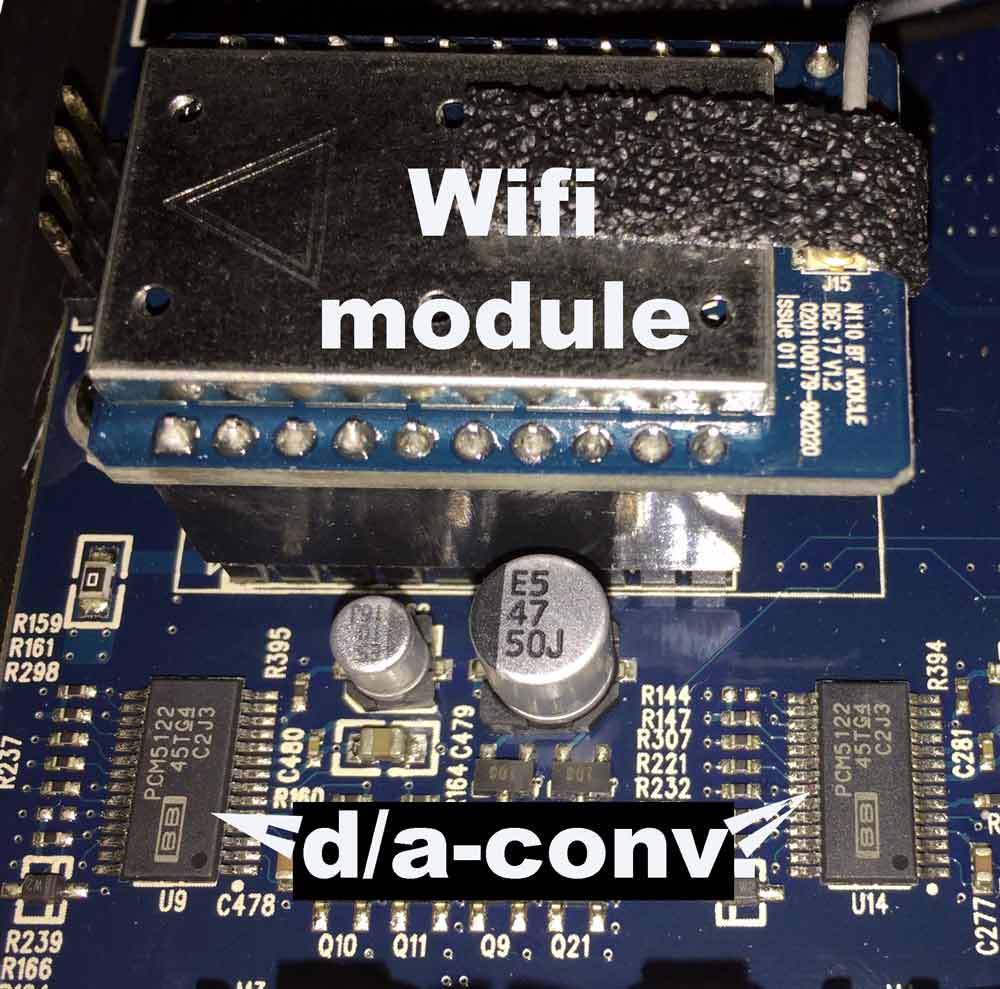 conversion chips. Chances are, the RF signal could interfere with the digital or analogue audio. There is no proof of that in the Node 2, so the engineers did a good job here. Furthermore modern d/a-conversion chips like the 5122 are very versatile, can use internal or external digital processing and filtering, use several voltages for analogue and digital, and so on. It’s like with The Great British Bake Off, they all use the same ingredients but only some manage to bake a real great cake.