As the name implies this is the third iteration of the µDAC (pronounced Micro dac). I have reviewed the first version and given the spec’s I didn’t think that much had changed. When the Dutch NuForce distributor then asked me if I was interested in reviewing the µDAC 3, I thought what the heck, why not. To the video review->

It’s a very small box, measuring only 68 x 38 x 21 mm, made of an anodized aluminum tubing profile. Three colors are available: black, red and aluminum colour. The PCB’s are mounted to the rear plate that is screwed on. Here you find an asynchronous mini-USB socket, a stereo analogue output on two RCA’s and even a digital (SPDIF) output on RCA. There is no power input, it uses the USB’s power. The front is screwed on as well and holds a 3.5 mm headphone socket and a volume control that also switches off the µDAC 3. It supports sampling rates up to 96 kHz and a maximum bit depth of 24 bits (24/96). The build quality is fantastic.  It was hard to identify components inside - it’s all SMD miniature components - but for instance the volume control is a relatively costly (US$ 3 wholesale price) TOCOS.

If you then know that the retail price of electronics is about five times the build cost, you will realize that this volume control alone accounts for 10% of the cost. The manufacturer claims a double jitter-reduction and oversampling circuits and a capacitor free audio path, which ‘sounds’ promising. The website also promises ‘limited DSD support’. Impossible given the 24/96 sampling ceiling since DSD over PCM (DoP, the standard interfacing) needs 24/192. What the manufacturer means is that you can use the Foobar 2000 software player on a computer and have it convert DSD to PCM at 24/96. This way any d/a-converter has limited DSD support and many more software players than only Foobar 2000 are able to convert DSD tot PCM. 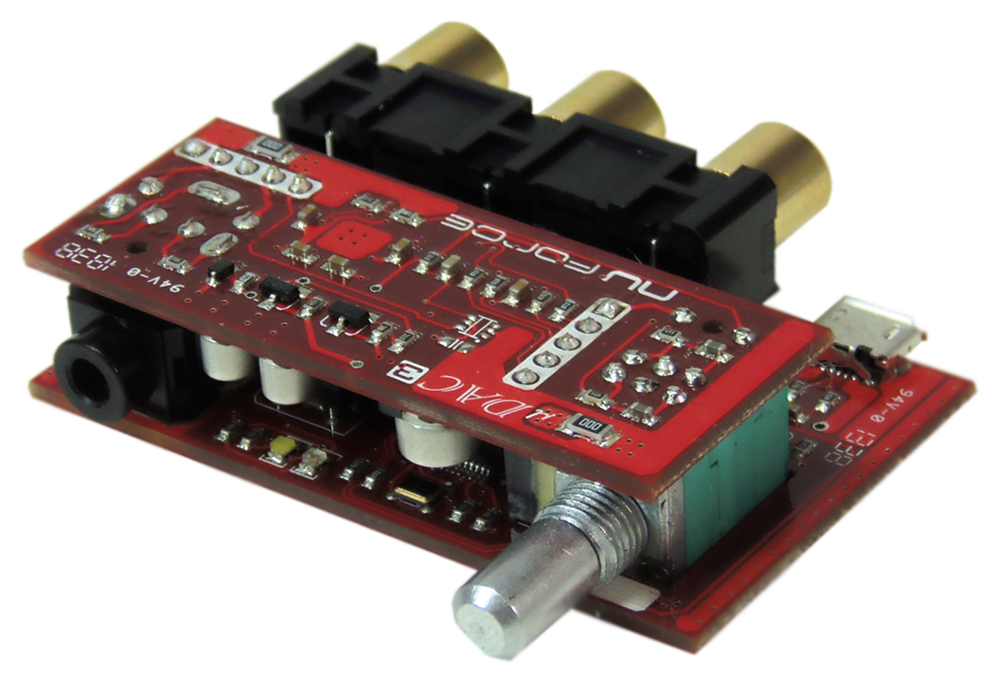 Measurements indicated that NuForce has chosen a gentile roll off, set in at 2 kHz to -0,3 dB at 20 kHz. Inaudible amplitude wise, but probably resulting in less brick wall filter artifacts. Measurements also showed that the µDAC3 inverts the signal so that the absolute polarity is wrong. This is easily fixed by for instance inverting the loudspeaker polarity: just for both channels connect the + from the amp to the - of the speaker and the - of the amp to the + on the speaker.

Connecting the µDAC 3 to computers is effortless. Given the 24/96 ceiling USB Audio Profile 1 is used meaning that all computers, tablets en smartphones - at least in theory - will work with it without the need for a driver. Connecting to an amp is also effortless and a nice touch is that when you connect a headphone to the front, the output to the amp is muted.