Using USB for serious audio became a viable option when asynchronous operation came to market. But what if your costly and excellent sounding d/a-converter does not support async USB? For some time now you could turn to M2Tech (or their local representative) for a hiFace async USB to SPDIF interface. For just € 115 (base model) plus some software your computer can become a high-end music server offering up to 24 bit 192 kHz play out. 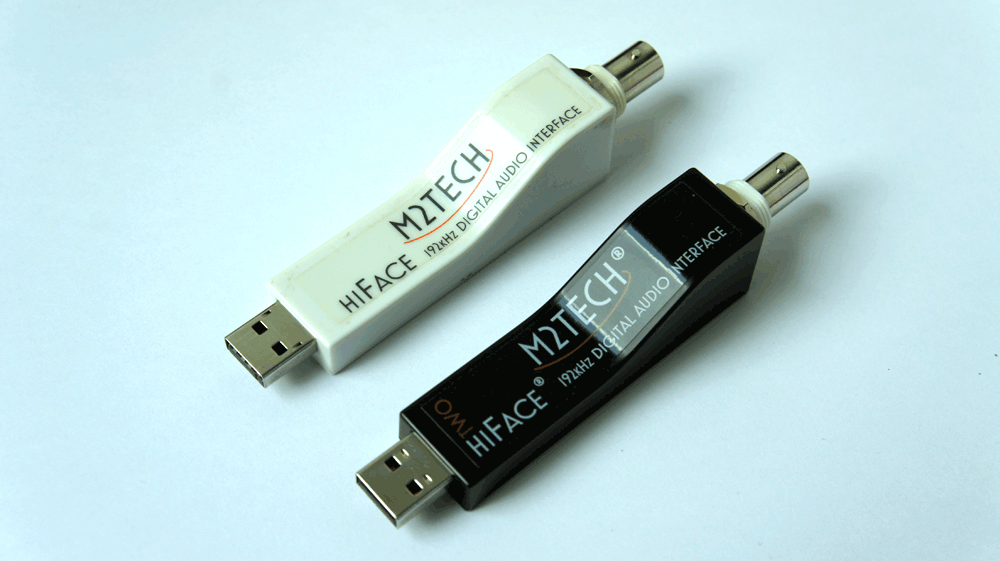 The hiFace comes in two flavors: the hiFace and the hiFace Two. They differ on the outside only in color: the first is white as where the latter is black. They both come standard with an RCA output but a BNC out is optionally available. BNC is a better choice and worth every penny extra. BNC connectors are designed for HF signals like antennas and video signals and are available in both 50 and 75Ω versions. For SPDIF 75Ω is needed. RCA is never developed as HF connector and will hardly ever be 75Ω. Even if your d/a-converter is RCA in it might be worth to go for the BNC version. Many web shops offer BNC (75Ω) video cables for small change and they outperform standard RCA connectors ‘with two fingers in the nose’, as we say over here. If your d/a-converter has a RCA SPDIF input, just order a 75Ω adapter plug from BNC to RCA 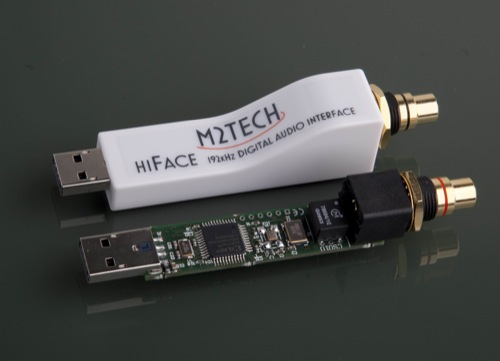 along with the cable. True audiophile cables will perform even better due to better shielding and even more constant impedance over a wider spectrum.

The original hiFace was developed before the USB Audio Class 2 was defined. This standard defines the use of USB 2 or higher for hires audio (up to 32 bit/392kHz sampling and up to 60 channels - although not necessarily all at the same time) and is already implemented in Mac OS X and Linux but not yet in Windows. Since the original hiFace does not support UAC2, it needs a driver that is downloadable from the M2Tech website. There you will find also some interesting documents, like the White Paper on hiFace and set-up instructions for bit-perfect streaming. Drivers for several versions of Windows and OS X are available.

The hiFace Two is a total redesign of the hiFace, now using a linear in stead of switch mode power supply and an improved SPDIF driver circuit. The new power supply might improve jitter behaviour, the driver circuit and some other tweeks should prevent clicks in between tracks. The biggest difference, however, is that the ‘Two’ adheres to the UAC2 standard and therefore can be used with OS X and Linux without installing driver software. If and when Microsoft will implement the UAC2 standard, this will go for Windows as well. Up till then Windows users still need a driver. But even then there might be a benefit in using the Two since two Asio modes are added. Asio is mostly used by professionals but is popular in high-end circles as well as a low latency protocol.

I spoke with Marco Manuta at the High End Munich 2012 show about the hiFace Two and he said to hear no difference between the two but that customers have claimed to hear a difference in favor of the Two. Time to put my own ears to work.